The ‘Wrong’ J.J. Foley’s Is Getting Into The Downtown Office Game

If you’re looking for “Peak Boston,” you’ll find it in the story of J.J. Foley’s.

When Esquire magazine named downtown’s J.J. Foley’s Bar & Grille as one of the best bars in the U.S. in 2014, the magazine got swift backlash from locals saying they awarded the “wrong” Foley’s. The South End’s J.J. Foley’s Café opened in 1909 compared to the downtown branch opening in 1959 — “It’s just a baby!” chided the Boston Herald.

The South End branch was the go-to watering hole for Herald staff before the paper fled from its old office nearby to the Seaport — and soon Braintree. The Foley’s Café-loyal tabloid said the two bars were as related as Elvis Presley and Elvis Costello.

Esquire doubled down the next year, calling the downtown outpost “an oasis of normalcy in a neighborhood rapidly becoming a gentrified wasteland.”

Now, J.J. Foley’s Bar — still owned by a descendent of Irish immigrant Jeremiah J. Foley who started the South End venue — is looking to capitalize on the neighborhood’s rapid growth with an office component on top.

“Downtown is changing and is a vibrant part of the city,” J.J. Foley’s Bar & Grille owner Jimmy Foley said. “We saw it as the right time to make this play.”

The downtown Foley’s building at 19 Kingston St. was formerly an old textile printing facility. The Foley family acquired it in 1959, put their own name on the downstairs barroom and mothballed the upstairs. The bar has been a Downtown Crossing staple for both blue- and white-collar workers for over a half-century, but the upper floors sat empty until now. 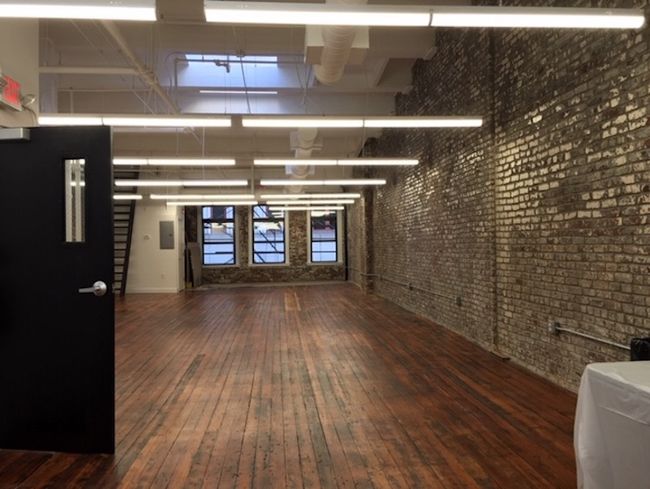 “We’ve really tried to maintain the history of the building by maintaining the bones,” Doorakian said. “The market is responding very positively. People in Boston like this kind of space.”

The Gnar Co., a technology company that builds web and mobile applications for clients like the state of Massachusetts, is the first tenant, and Doorakian said another deal is close to being signed.

She expects the building’s easy access to both South Station and Downtown Crossing will appeal to potential tenants.

The interest comes at a time when the typical downtown tenant demographic is shifting. The downtown neighborhood is less of a financial district these days, as the area’s legacy  financial, legal and consulting tenants have migrated to new buildings in the Seaport as well as the loft-style offices in Fort Point that previously drew in tech tenants

The migration has opened large blocks of space for the city’s growing tech companies, including content management software firm Acquia, which is moving to 53 State St., a downtown skyscraper that once housed law firm Goodwin. Software companies CloudHealth Technologies and Bullhorn have moved near the downtown J.J. Foley’s into 100 Summer St., a downtown skyscraper law firm Nixon Peabody will soon vacate.

The low to mid-$40s asking rent at the downtown Foley’s building is lower than the high-$40s average of other Downtown Crossing office buildings, according to Perry Brokerage data.

Tech, advertising, media and information tenants have been migrating downtown for the last seven years, and Doorakian said they now account for about 70% of the office market. Given the relaxed tech office culture, she expects more neighborhood office redevelopment like what’s happening at the downtown Foley’s.

“The migration of millennials into the workforce has created a necessity to create an office experience that’s a bit more homey,” she said. “Even the tall glass towers are reconfiguring because millennials don’t like working in that stale environment.”

Beyond the affordable cocktails downstairs, the Foley’s office is almost certain to be anything but stale. Another Boston institution, Mark Wahlberg, filmed a movie there last week.