Boston CRE Doyen Ron Druker: “We’ll Come Back From This”

“What keeps you up at night?” a Bisnow webinar audience member asked Ron Druker, Boston commercial real estate luminary and president of The Druker Co.

“Right now, my dog keeps me up at night,” Druker said. “The answer is — I can only control what I can control. Our real estate is good real estate, and even in the depths of all the other recessions, we’ve come back. We’ll come back from this.” 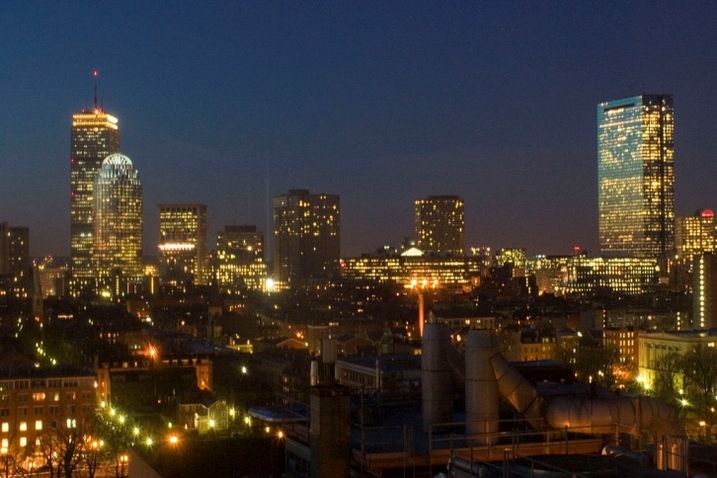 Bisnow’s Boston webinar, A Discussion With Druker Co. President Ron Druker, covered a lot of ground on Tuesday: occupancy and rent collections at the company’s varied portfolio, the history of U.S. economic dislocations going back to World War I, the 1918 Spanish Flu and what landlords should do — and should not do — to meet post-pandemic standards, and his thoughts on the crisis.

“It’s important that we recognize everyone that’s putting themselves on the line, whether it’s truck drivers, UPS, FedEx, nurses, doctors — all the people who are up front,” Druker said. “I think we’re going to be at this for a while.”

The Druker family has been part of Boston real estate for more than a century. Ron Druker’s grandfather, John, got the Drukers into the business nearly 120 years ago, developing the Hotel Kenmore and the Braemore Hotel in Kenmore Square. His son Bertram followed, building the Colonnade Hotel on Huntington Avenue and affordable housing in various parts of Massachusetts.

Ron Druker has carried on the family development business. In the 1980s, his Heritage on the Garden condos were an important part of Back Bay’s resurgence, and in the 2000s, the Atelier 505 development was part of the South End’s revitalization. Most recently, Druker Co.’s 350 Boylston development received approval from the Boston Planning & Development Agency.

Druker, along with co-moderator Wil Catlin of Boston Realty Advisors, spoke about the day some years ago when a startup with big plans wanted to lease an entire building in the Druker Co. portfolio.

The deal gave Druker pause. For one thing, the tenant improvement allowance was about $200/SF, with $70/SF for the lobby and $130/SF for the rest of the space. As an older building, Druker Co. would have also had to spend money on the HVAC system. Those expenses weren’t the worst of it, however. Druker was worried about the company’s long-term staying power.

“I didn’t like the credit, and as it turns out, I’d rather be lucky than good, because they are where they are now,” Druker said.

He nixed the deal. The would-be tenant: WeWork. “They create single-purpose space,” Druker said. “So I guess we were lucky in looking at it the way we did at the time.”

In a less real estate-related anecdote, Druker also mentioned the time he met songwriter and record producer Mark Ronson at a small restaurant in Tokyo, and another time he talked with Keith Richards for two-and-a-half hours at a resort bar in Turks and Caicos. “Two old grandfathers sat and talked about life,” Druker said. 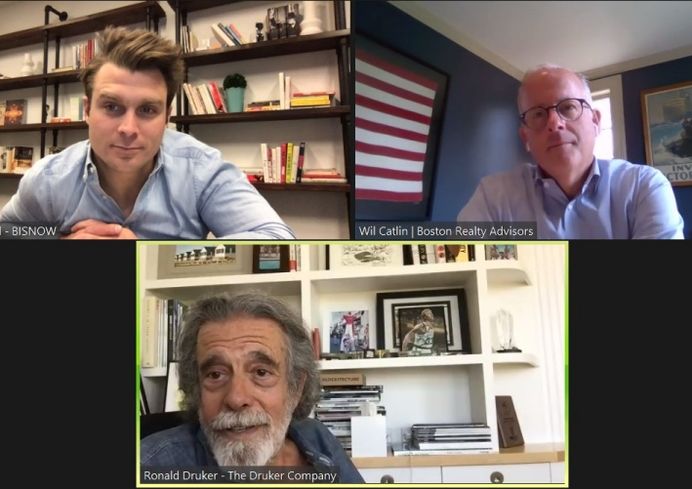 Druker said that in his company’s portfolio, rent payment during the pandemic has varied according to property type. Residential payments have been about 99%, while office payments are in the mid-90% range. Retail, on the other hand, has been at about 50%.

With some of the smaller tenants, Druker Co. has specifically tried to help them avail themselves of some of the public subsidies on offer.

“Because we’re not highly leveraged, our portfolio is in good shape, but it’s work,” Druker said. “I’m spending 12 hours a day at my desk. Most of the people I talk to are working harder [than before].”

Regarding the 240K SF project at 350 Boylston, Druker said that his company is making proposals via Zoom, and so far has received two requests for proposals that the company has responded to.

“There’s interest in the building,” Druker said. “The advantage that we have now is that we’re taking steps to make the building more hygienic.”

With only one to four tenants, he said, 350 Boylston will be relatively simple to enter and leave, and that ought to be an advantage for the building as well, he said.

On the other hand, it is possible to go overboard with building modifications in response to the pandemic.

“The protocols relative to cleanliness and social distancing … make sense today,” Druker said. “But to make major physical alterations to a building for something that … will be short term, we don’t believe makes sense.”